Tell us something we don’t know

More accolades for Bozeman, this one via Sunset Magazine. 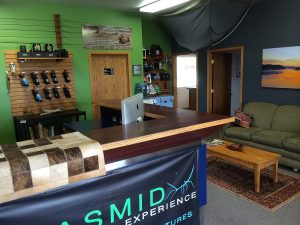 Set between the Gallatin and Bridger Ranges, Bozeman offers easy access to thousands of acres of Gallatin National Forest, hundreds of miles of blue-ribbon trout streams (the nearby Yellowstone and Madison Rivers are ranked among the best in the world), and three downhill ski areas, including nonprofit Bridger Bowl, just 18 miles north of town.

Between 2000 and 2012, Bozeman’s population grew more than 40 percent, and a good deal of that growth came from urban refugees seeking a smaller-city pace and daily access to the outdoors. For some, the move is part of a grand plan to finally work on that big idea. For others, new ventures are born out of ​necessity; in the absence of major metro jobs, many newcomers create their own.

Winters are long and cold—think average lows of 15° in February—but locals bundle up and embrace them. They flock to such events as the Wild West WinterFest (“Flakes Welcome!”), a February tradition that includes ​everything from a quilt show to a dog keg pull, in which Fido hauls a sled loaded with one or more kegs of beer.