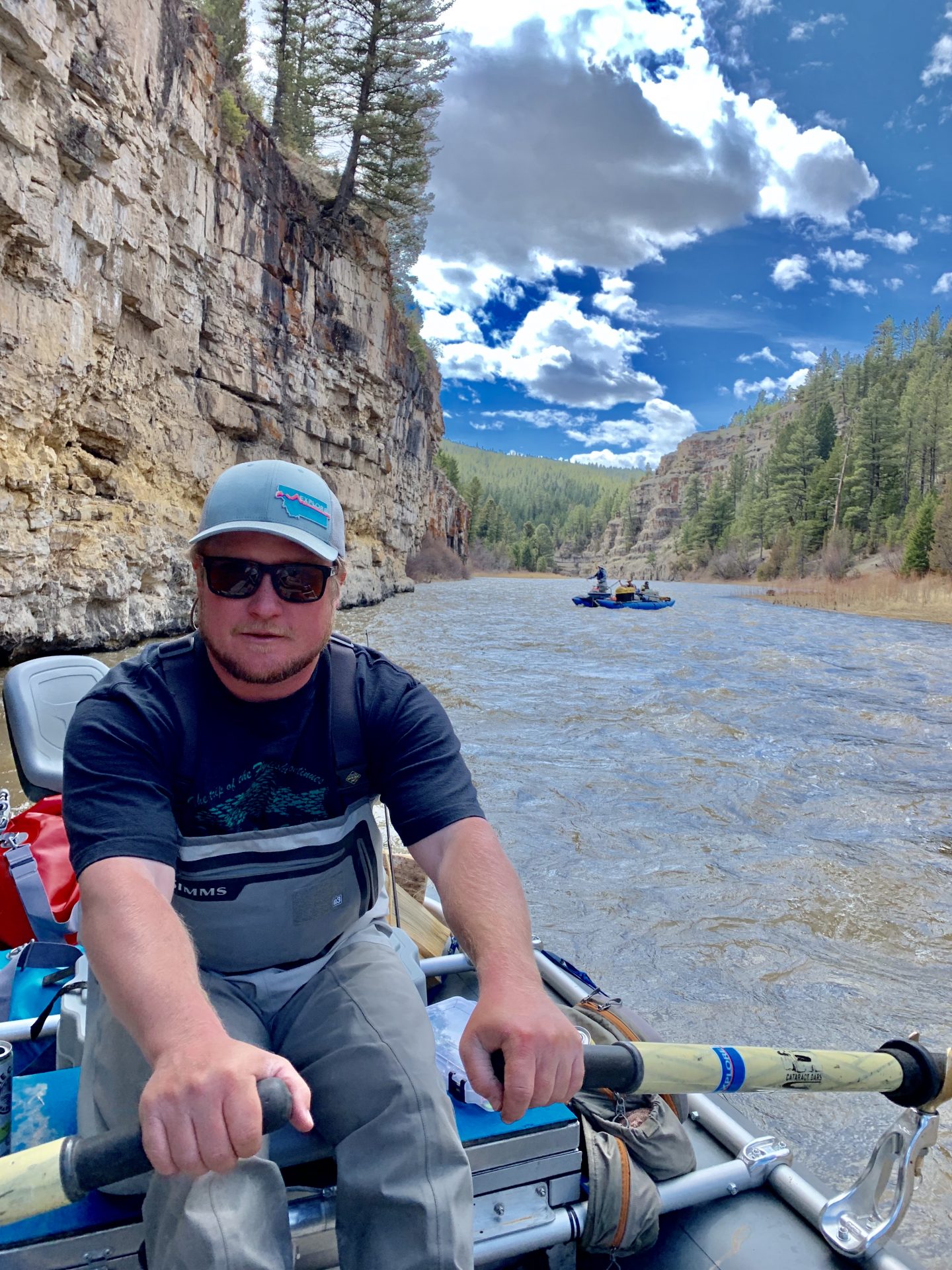 April 19, 2019, we arrived at Camp Baker around 7:30am to a couple of small campfires and strangers drinking their morning coffee. After paying our floater’s fees, selecting our campsites for the three nights, listening to our safety meeting, and rigging our boats, we shoved off into the canyon hoping to make it to Eden Bridge, 59 miles downstream. We had four boats between 9 people, which still seemed crowded with all our gear. Weather was beautiful and hopes were high for more good weather and good fishing.

It didn’t take long for us to realize why people apply to float this river every year. It is unbelievably beautiful. The water was pretty dirty and increased in cfs from about 600-1100 over the 4 days. These levels are still relatively low and were perfect for the rafts rentals we had, NRS Outlaw 150’s. Only a few fish were caught between our boats from the Smith River that day and a few from a small tributary. Nobody seemed to mind. Between the weather and canyon walls, everyone was happy. 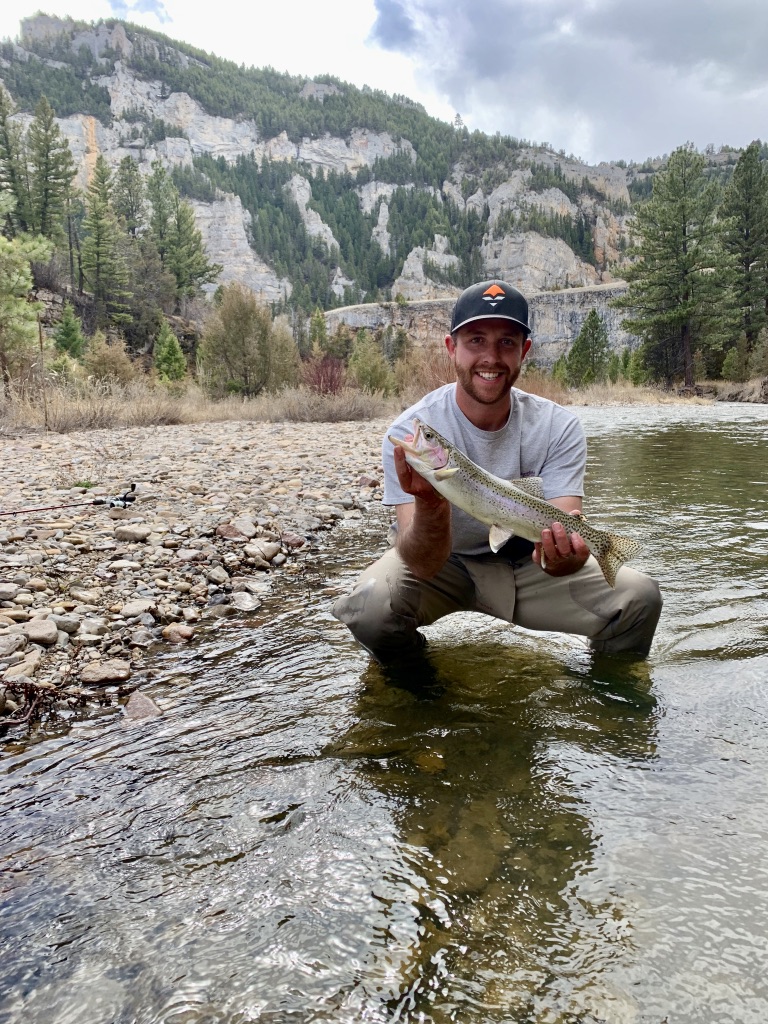 Camping on the river was a new experience for me. The NRS rafts did a great job supporting our gear, but you can’t sleep on them. The first night there was a learning curve as far as getting all/most of the gear unloaded and set up. We had dry boxes, dry bags, yeti coolers, etc. I would recommend getting to your campsites during daylight. It made setting up camp much easier. Also mind where you dock your boat because a lot of the docking areas have short, steep, muddy banks upwards to the campgrounds.

The campgrounds were great. Spacious, quiet, and latrines with a view. We had one of our boaters bring his wall tent which was awesome on Saturday during the 24-hour downpour. We also had Big Agnes Rabbit Ears Tents and a Big Agnes Sugarloaf Shelter which provided plenty of sleeping area and dry storage for excess gear. If you don’t have a bear fence, rent one for the trip. We did not have any problems with bears in camp, but we did see 4 black bears on the banks of the river during the float. Having the bear fence made it easy to surround and secure all of our food and coolers at night and was much faster than trying to hang everything.

Dinners and Breakfast at camp are something to take time and plan for. Forget freeze-dried meals. Bring some extra weight and enjoy your food at camp. We had pulled pork and grits one night. Chilly dogs and salad the next, and goulash on the final night. Breakfasts consisted of biscuits and gravy, ham and cheese pockets, and pancakes (blueberry and chocolate chip) with breakfast links. All of the cooking was done on our new Jetboil Genesis Basecamp System. The pot and pan that come with it will cook 90 percent of your items, and having a cast iron griddle will do the rest, and sits perfectly over the two burners. 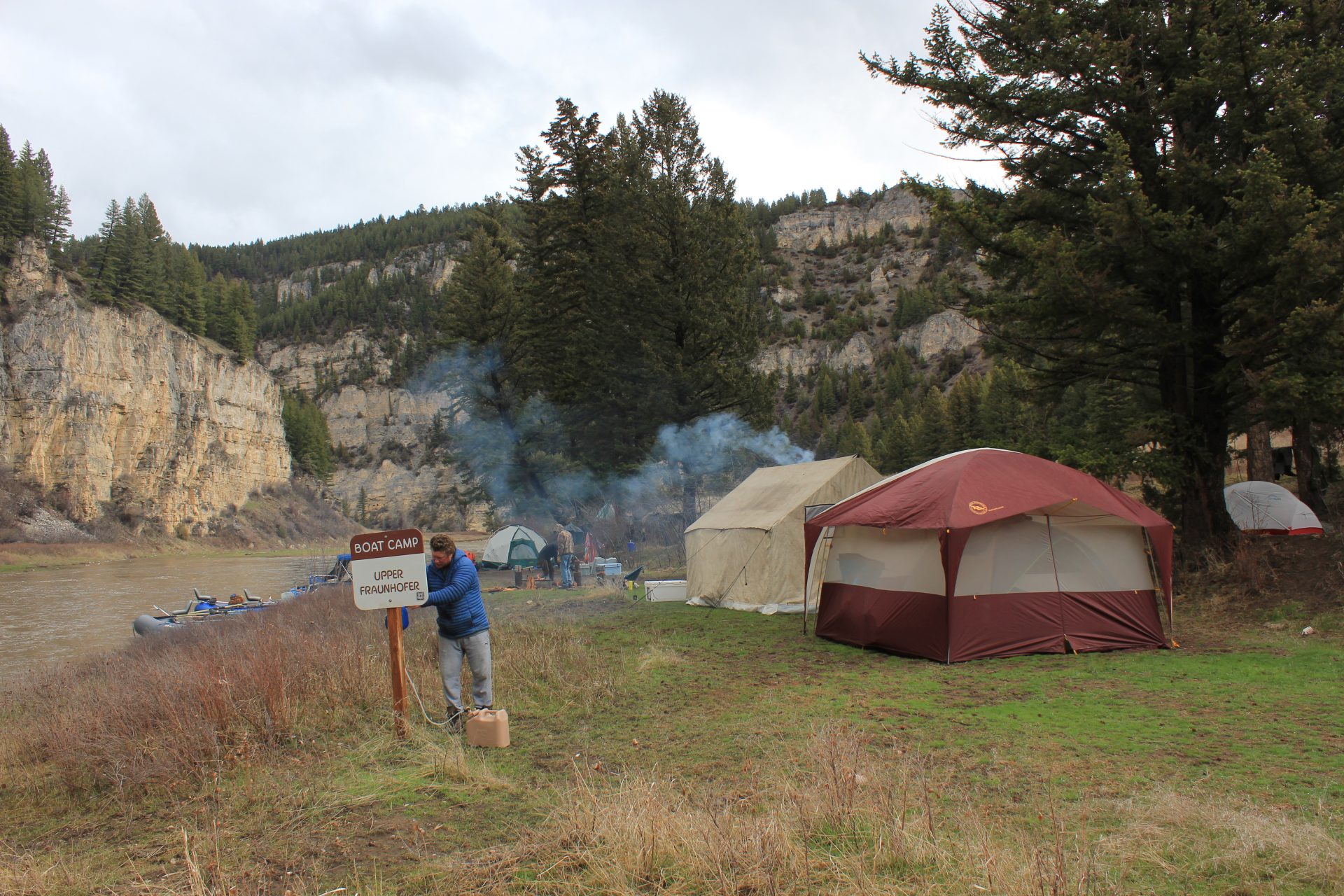 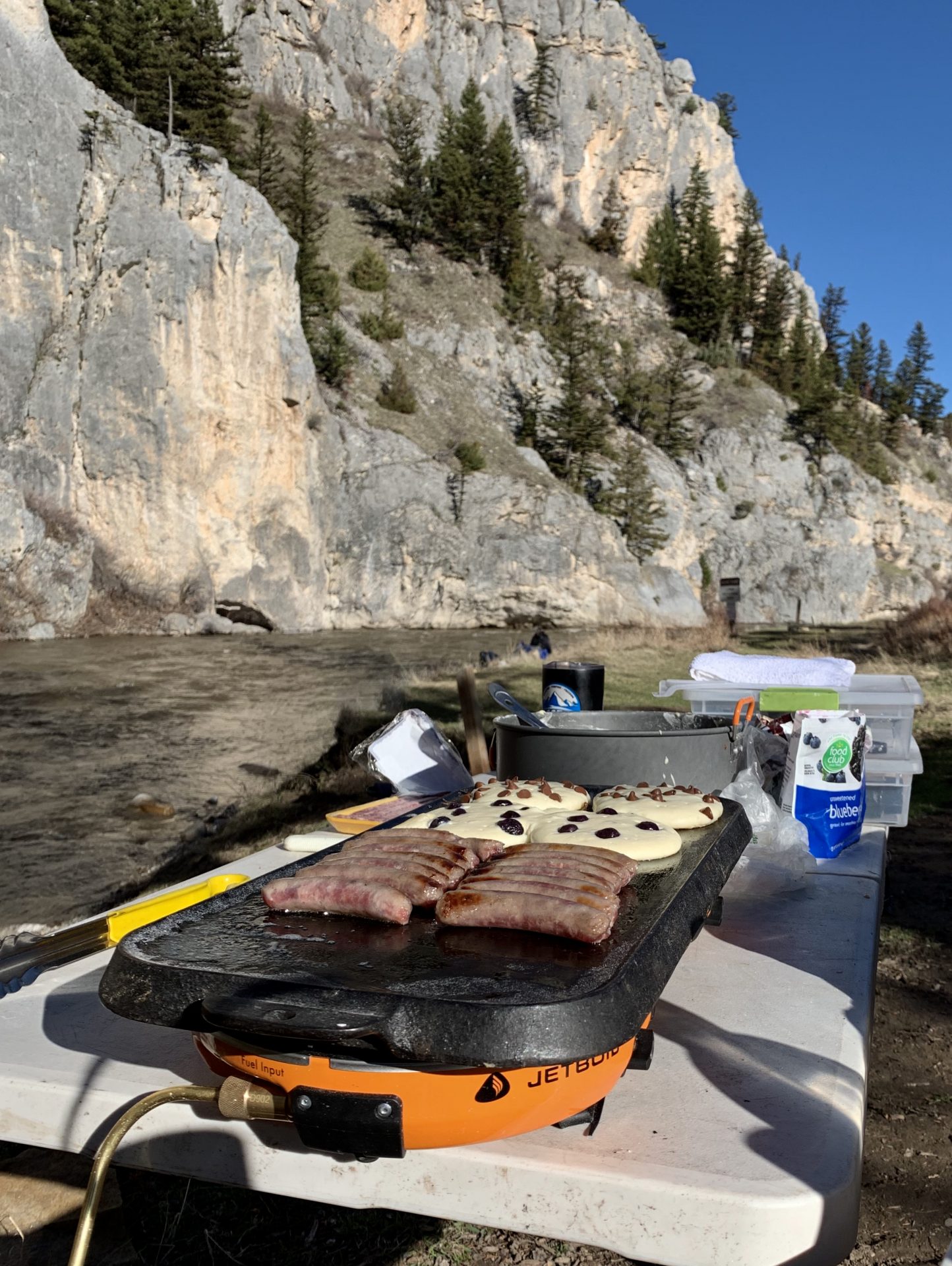 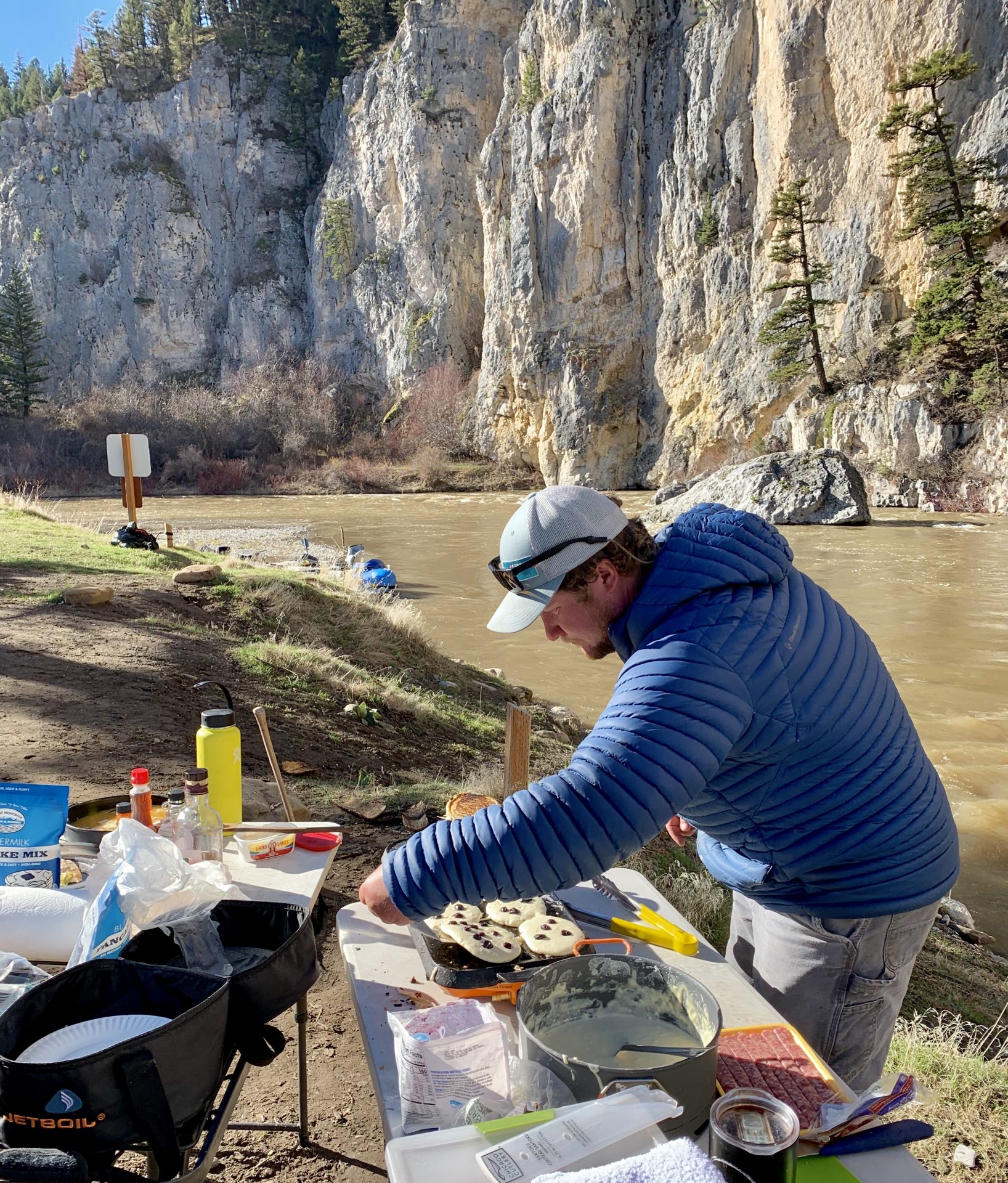 Overall the trip was a success! We viewed deer, elk, bears, eagles, herons, geese, and ducks. We hiked, fished, ate, laughed and almost swam a couple of times. Times like these make me wonder why we ever go back home. The last day was about 75 degrees and sunny. After exiting the canyon, you meander through the open meadows winding downstream towards Eden Bridge. The scenery is different but beautiful in its own way. When you are back in the car you can see why the river has restricted access. Places this special should not be overbooked. I hope I can go back soon. 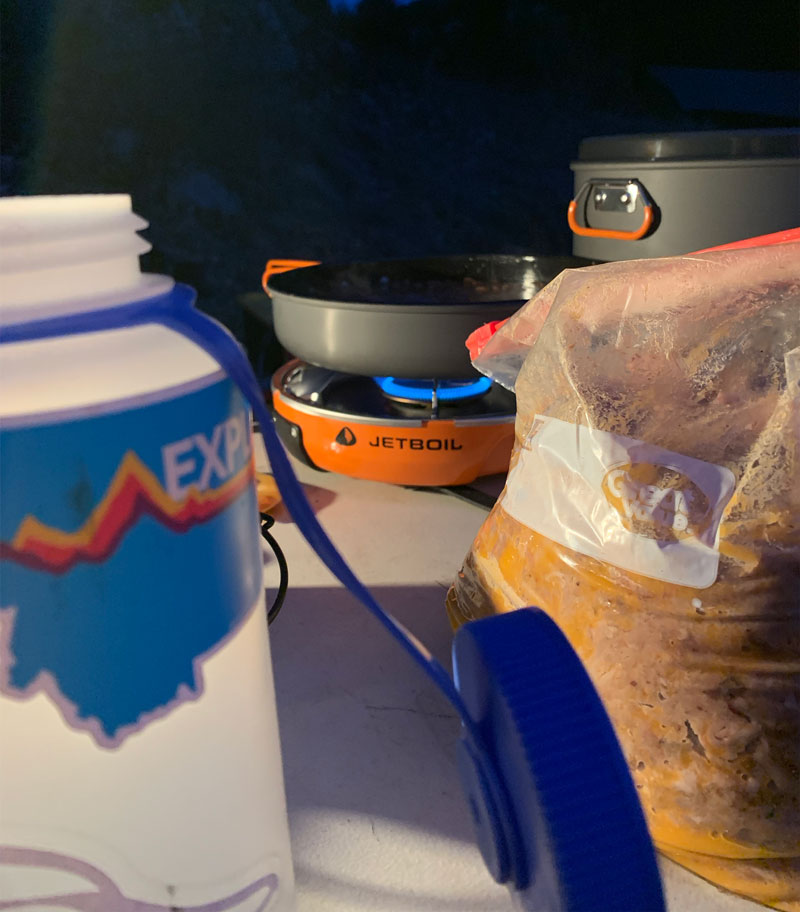